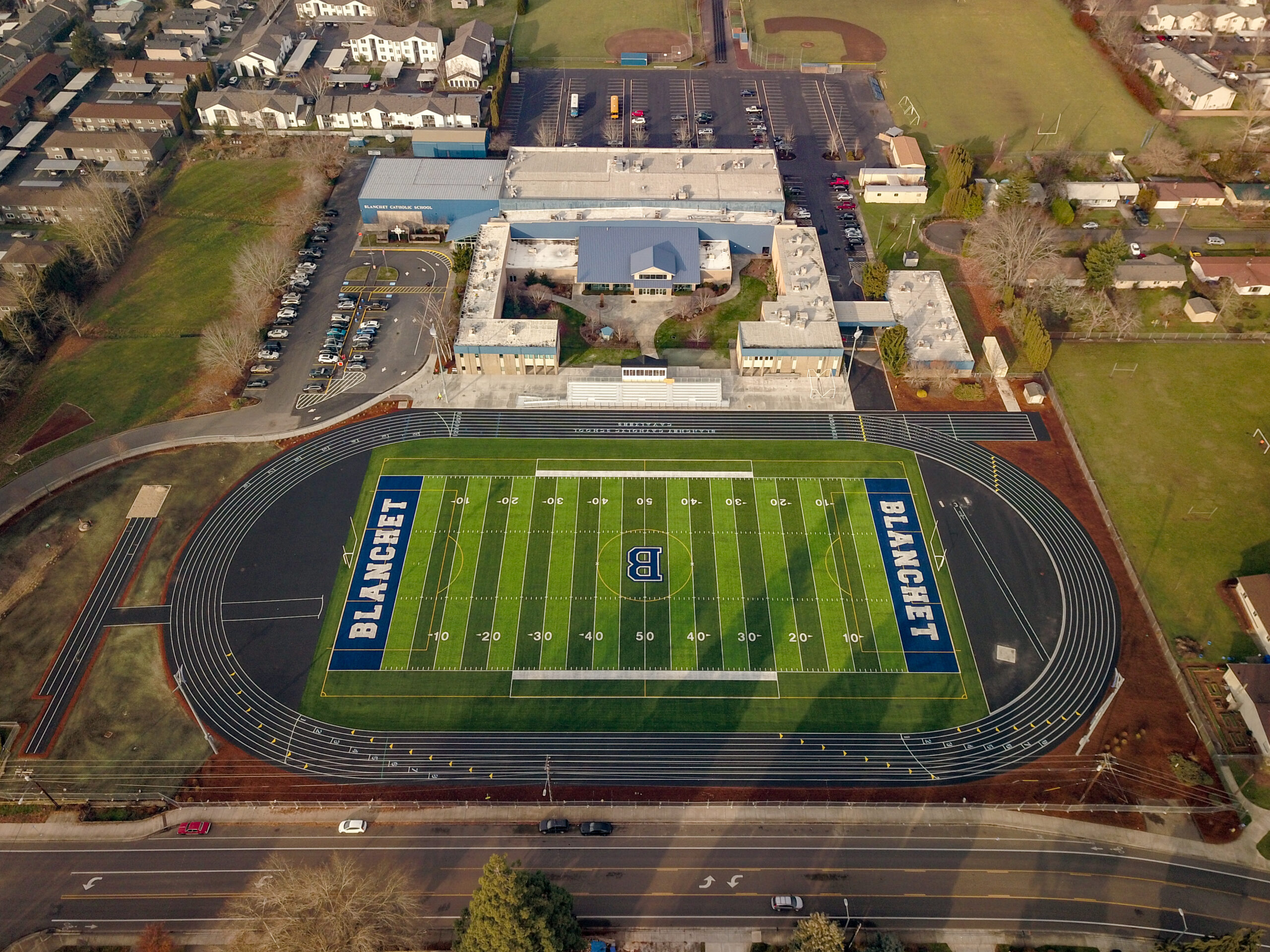 In its first 25-years, Blanchet Catholic School was unable to host a football game or track and field event on its “home turf.” Their existing field did not meet standard competitive regulations, so students had to be transported to another location for their “home” events. 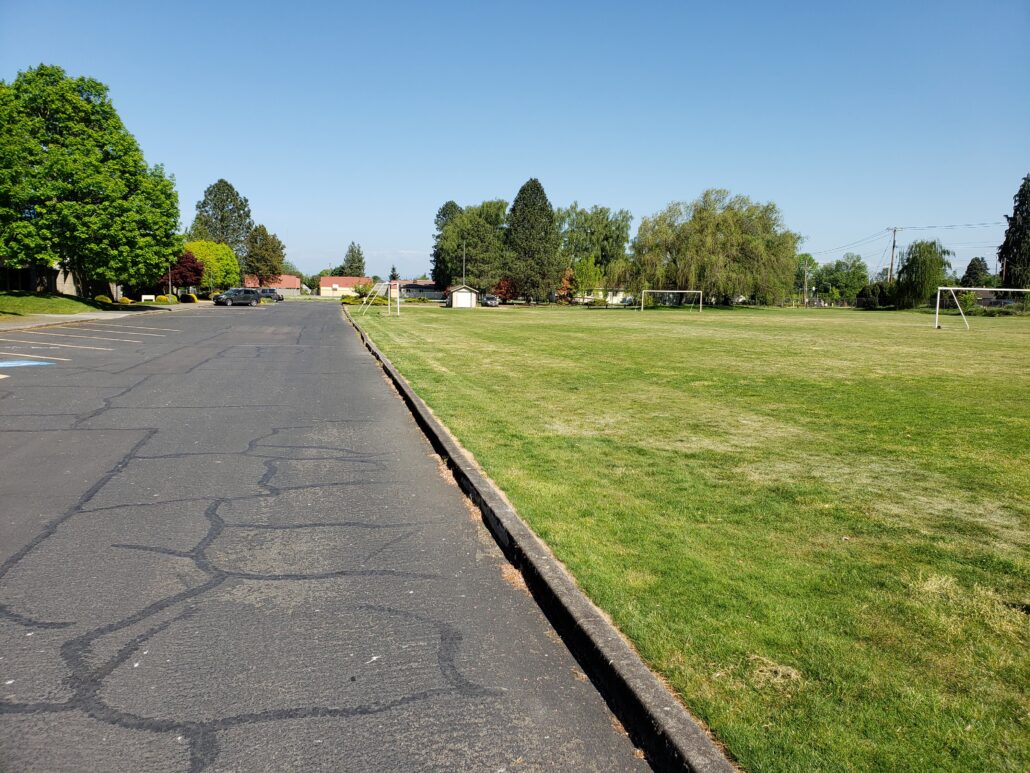 Blanchet wanted its students and families to be able to enjoy sporting events on their own campus. As part of a significant capital campaign and vision for the future, Blanchet developed a five-year, $4.5 million capital campaign and plan to ensure a Blanchet education be available for many future generations of students. At the center of its “Complete the Dream” plan, was its new, multi-purpose track and field that North Santiam Paving helped build. 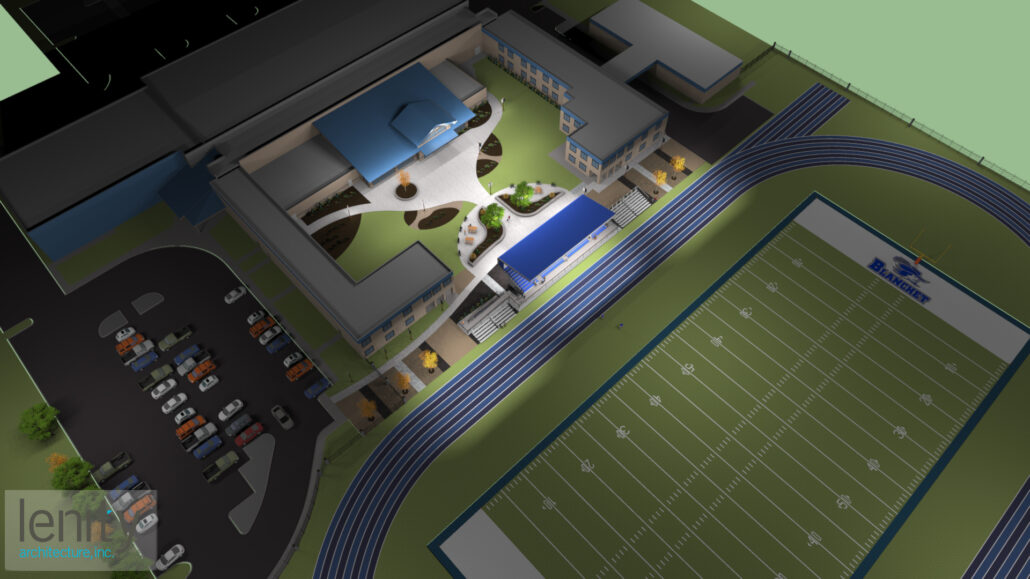 NSP ‘Levels the Playing Field’
As the site development and civil contractor for the Blanchet field, NSP literally laid the groundwork and foundation for Blanchet’s new field, grandstands, track and courtyard. NSP handled the excavation, laid the utilities, installed a new fire water system, realigned the sewer and installed a storm drain system. In addition, NSP paved the new parking lot and access lanes around the new facilities. 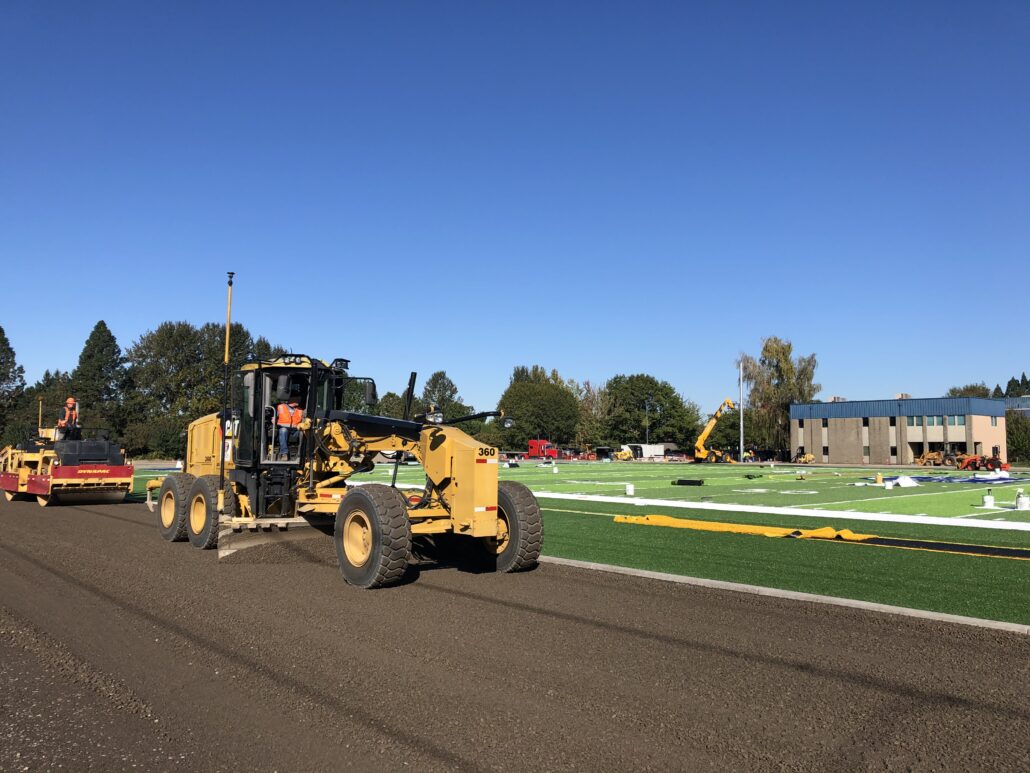 NSP placed more than 13,000 tons of aggregate including open-graded rock for the storm water detention and drainage system under the new turf football field and base rock under the new track and other hard surfaced areas.

NSP Keeps Blanchet Project ‘on Track’
The general contractor, Triplett Wellman, hired NSP knowing the schedule was extremely tight. Blanchet wanted its groundbreaking ceremony to coincide with both the school’s 25th anniversary and its fall 2019 Homecoming game. NSP, hired in late June, kept the project on track and on schedule ensuring turf would be laid and track paved by early October. 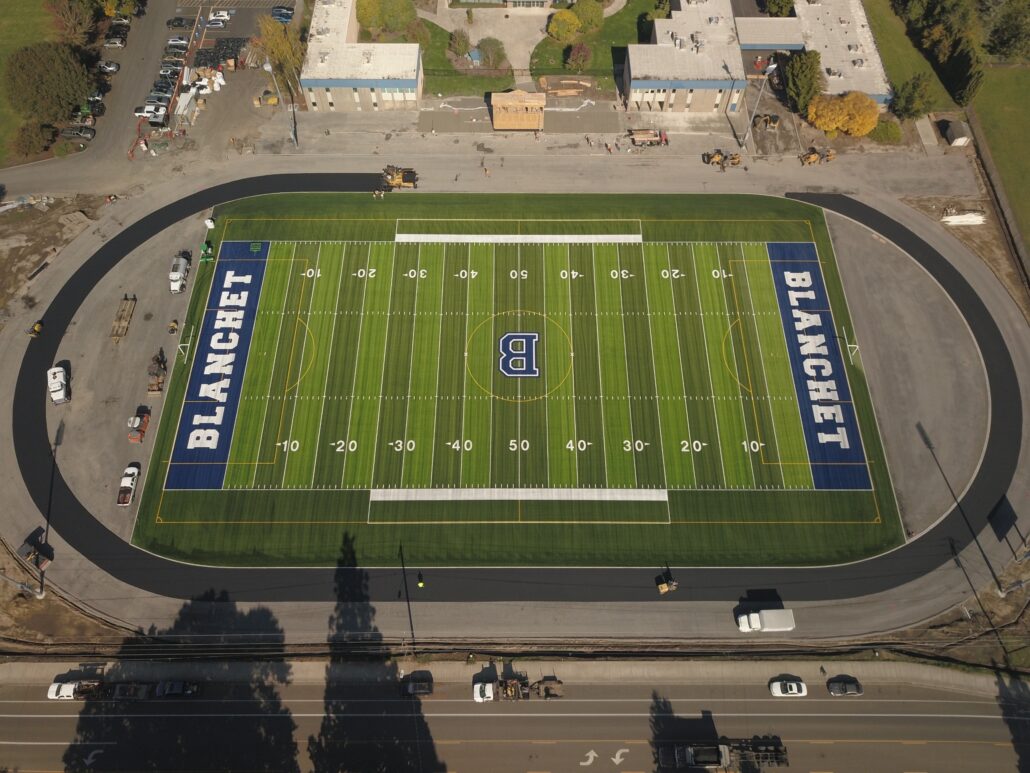 If You Build It…They Will Come
Blanchet was able to christen the new field on Oct. 18, 2019, playing its homecoming football game for the first time in school history on its own campus. With the new field, lights and grandstands, NSP helped Blanchet complete its dream to host activities on its campus for years to come.