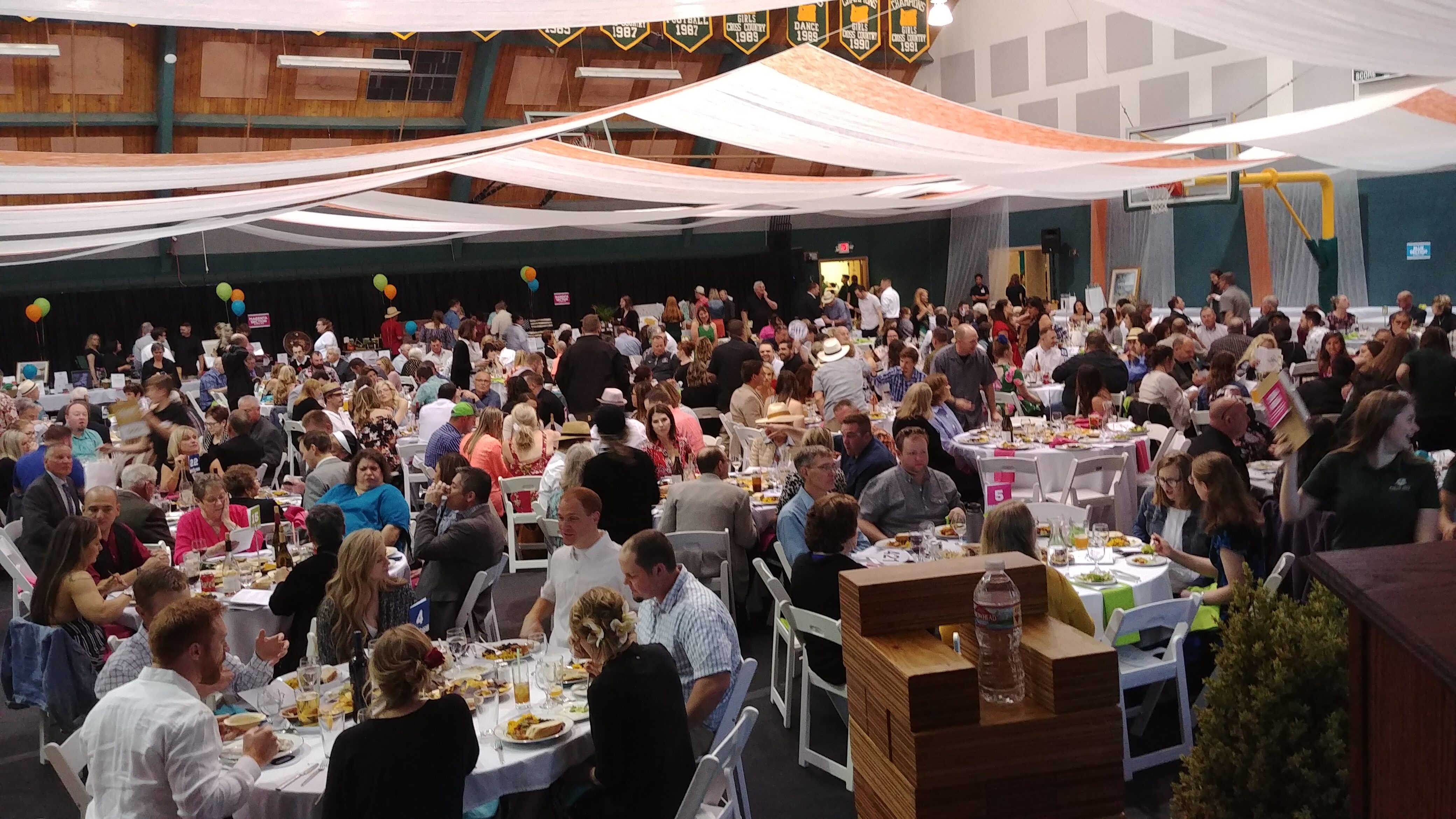 Regis St. Mary Catholic School has a special place in the hearts of the North Santiam Paving family. Many employees are graduates and now have children attending. Every year we are offered the opportunity to give back to the school during their “Evening at the Auction.” 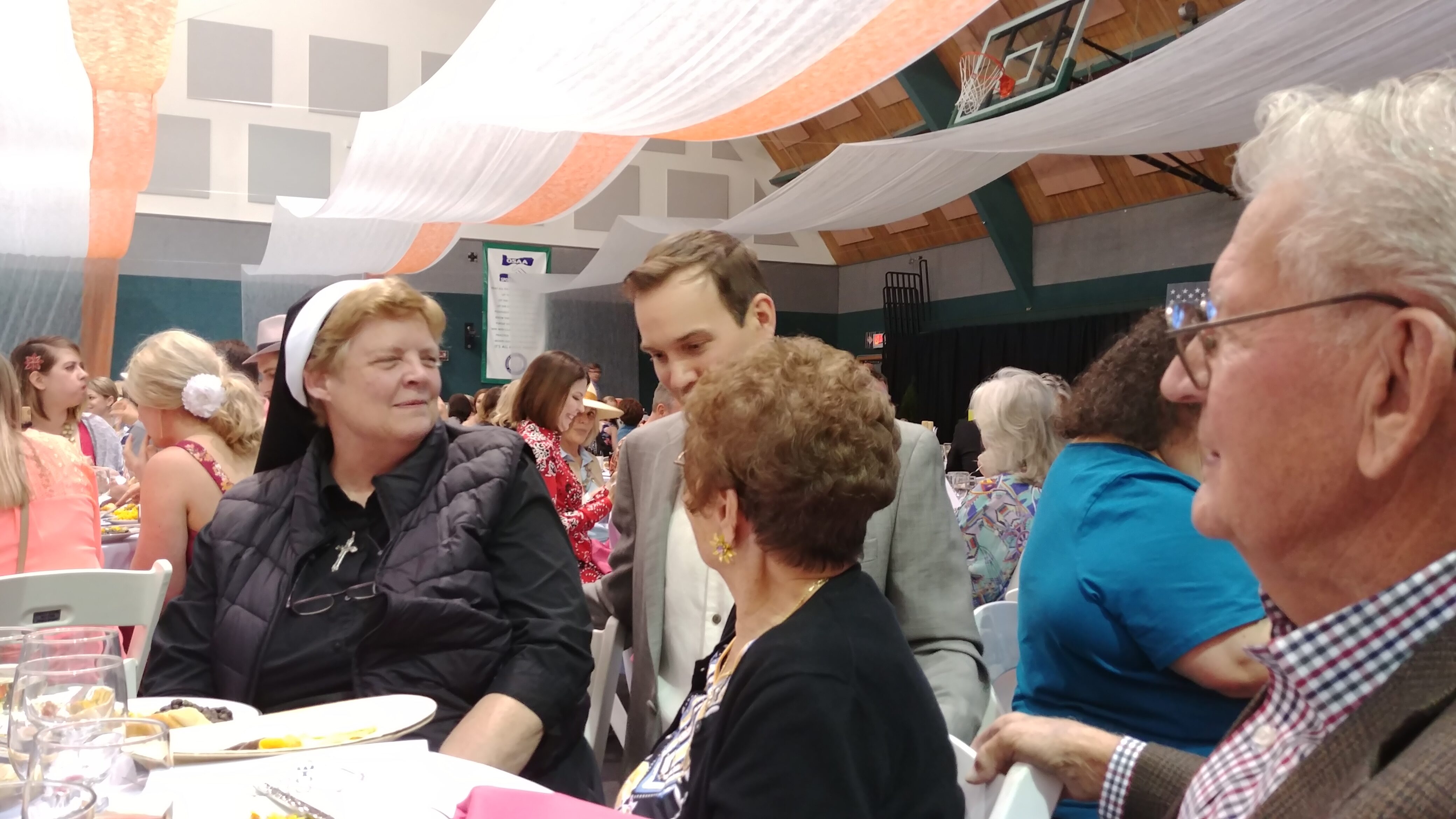 A Festive Night of Fundraising

“Cuba Noche” was the theme for this year’s event. Many local business and community leaders joined the school’s family and alumni for a night of giving at the Regis Campus, and by the end of the night the school had brought in over $277K. 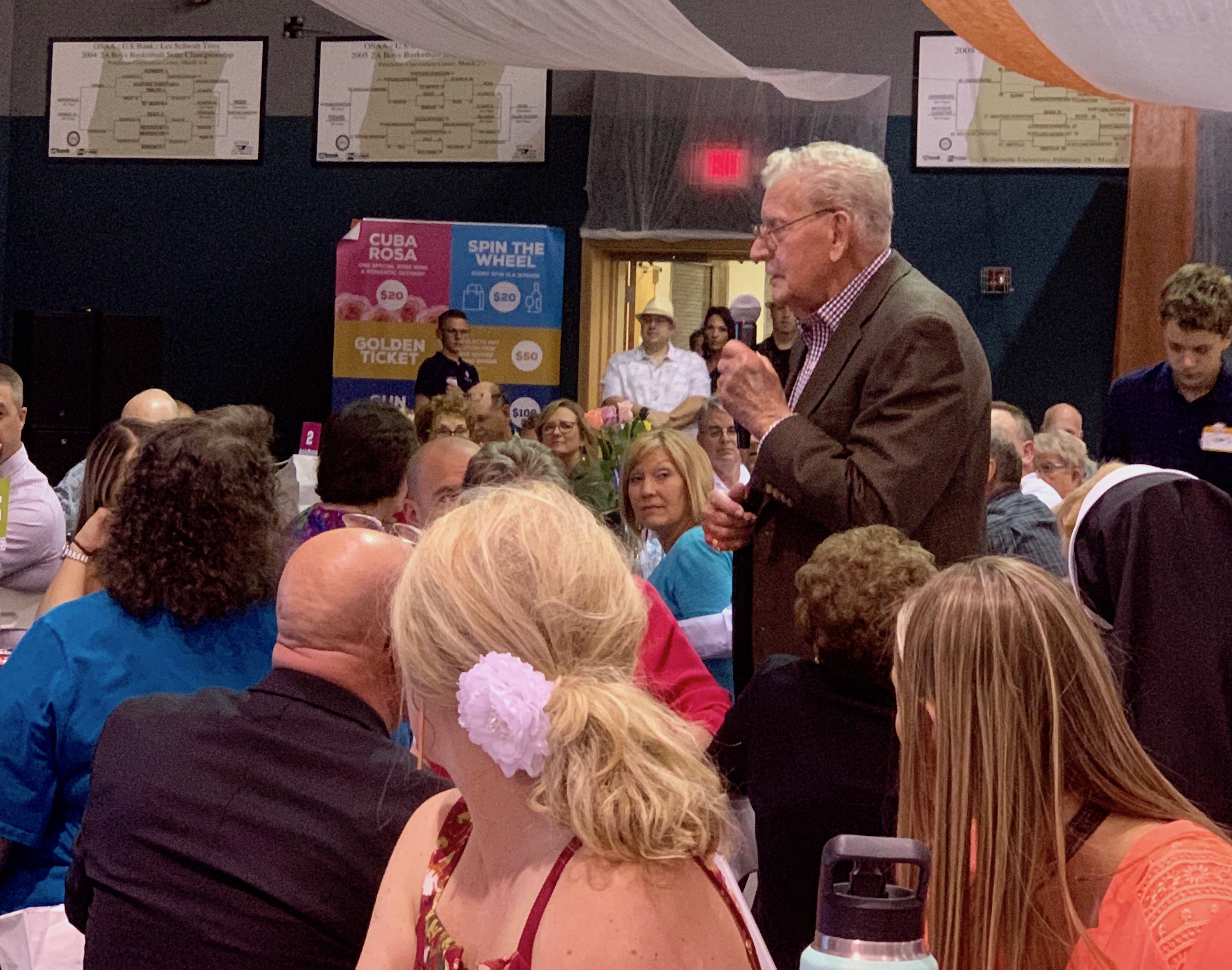 NSP was proud to support Regis St. Mary Catholic School as a Platinum Sponsor. Our executives and employees filled three tables and NSP founder Ralph Bochsler received a standing ovation for his speech about the important role the school holds in our community and the continuing need for funding. 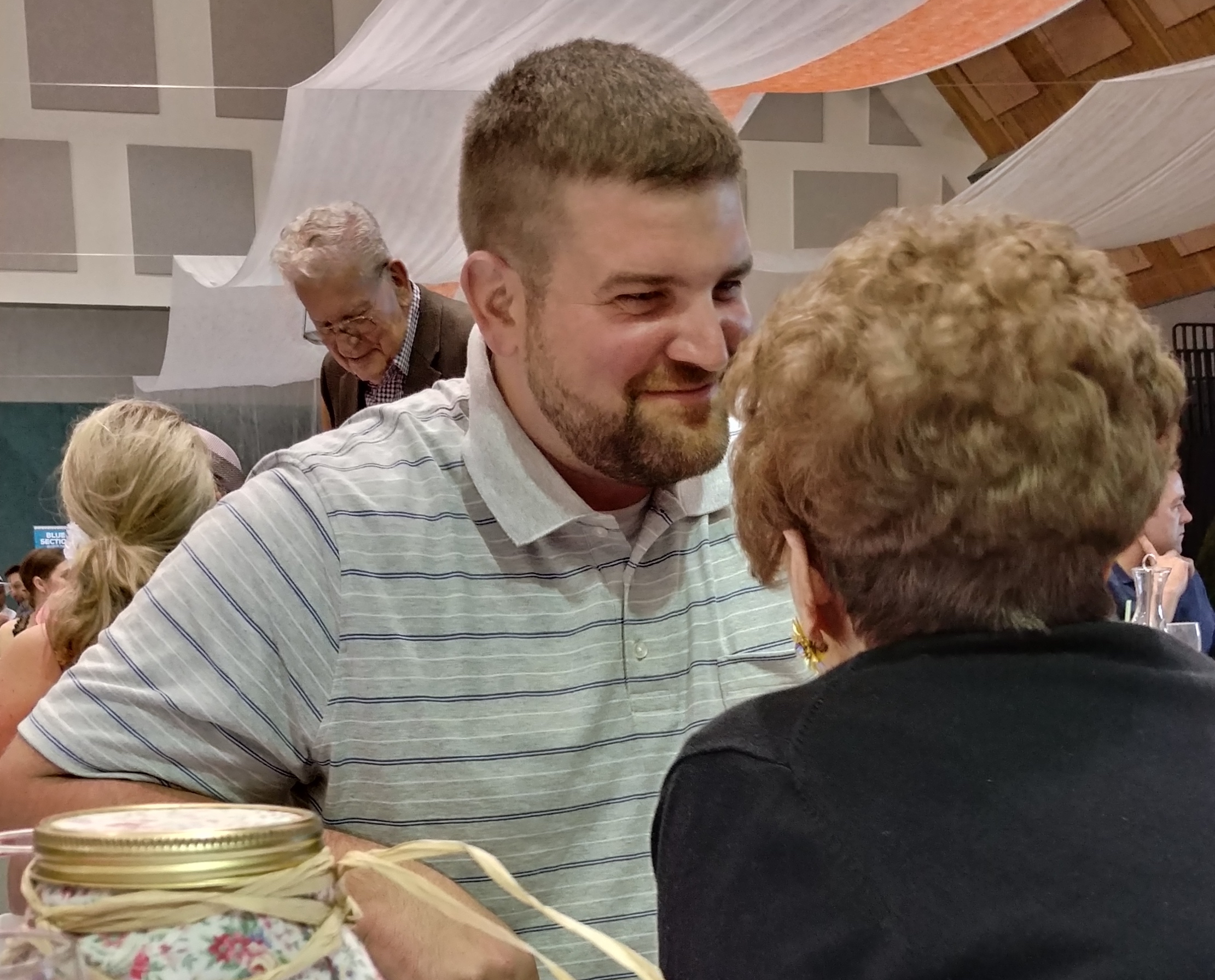 Casey Bochsler won the night’s “Golden Ticket,” giving him first choice of any auction item. NSP purchased the 145 lb. “Whole Hog” and cooking lessons donated by Marty Silbernagel and H & K meats. The pig will be roasted and served at an upcoming company barbecue.

Other auction items also contributed to the night’s goal. Sarah Lulay, the school’s preschool class, and NSP employee Reid Highberger and his wife Maria donated a handmade cornhole game. A wooden American flag was purchased by The Box, and the fifth-grade class created a giant Jenga set made from Freres Lumber’s MPP product. Each block features inspirational quotes or Bible verses and Regis alumnus Daniel Weis built a bench to hold the pieces. 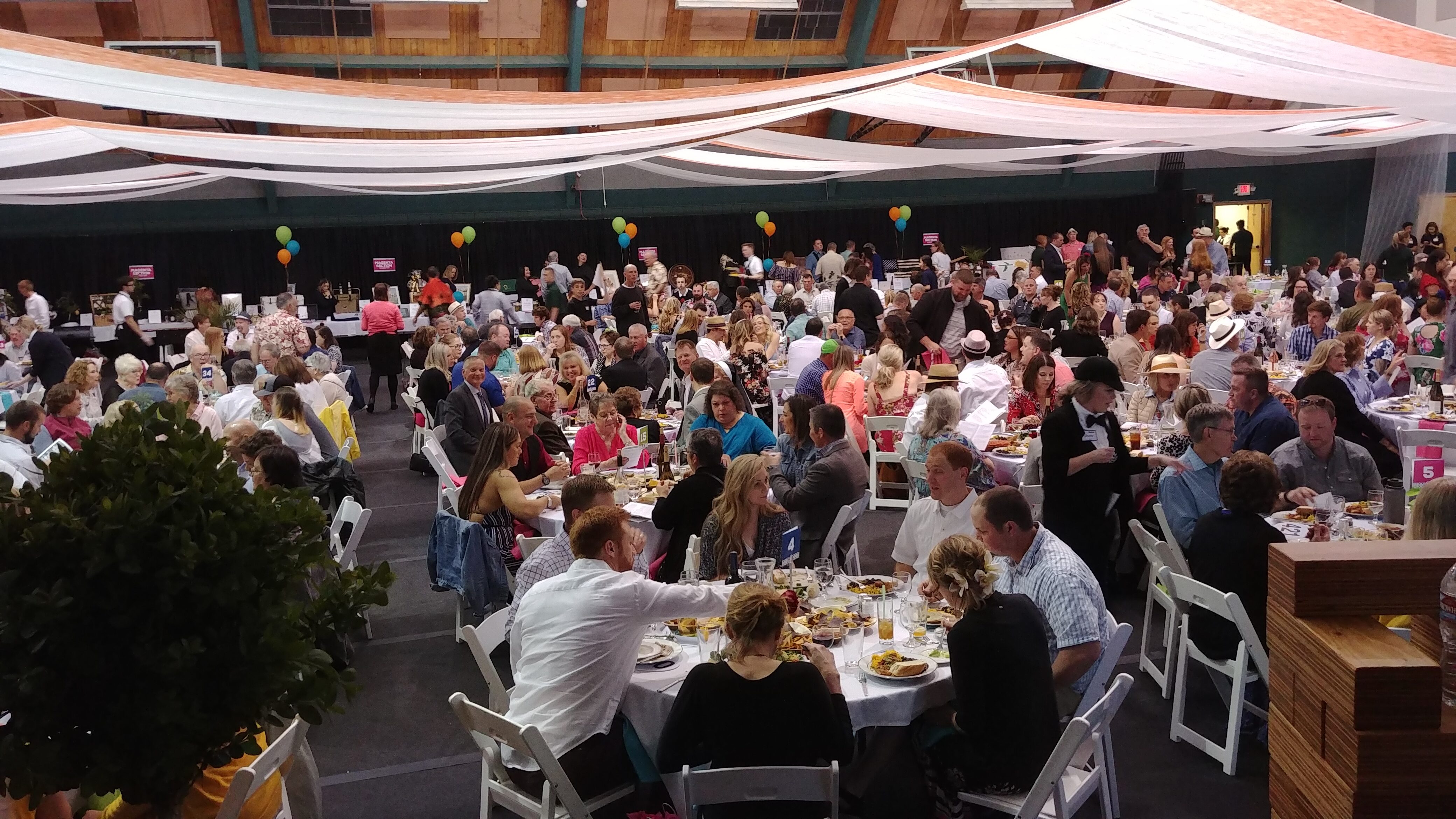 The North Santiam Paving team would like to thank the organizers of this event for their hard work and their dedication to Regis St. Mary and the local community.